Toyota is investing $400,000,000 in Joby Aviation. Joby Aviation is a company that already has a helicopter-like electric vehicle with several rotors and VTOL (Vertical Take-Off and Landing) technology, that can carry four passengers. Now, they are working on commercializing flying cars, and these flying cars are planned to be electric, so not only will they fly, they’ll be carbon-neutral, as well. 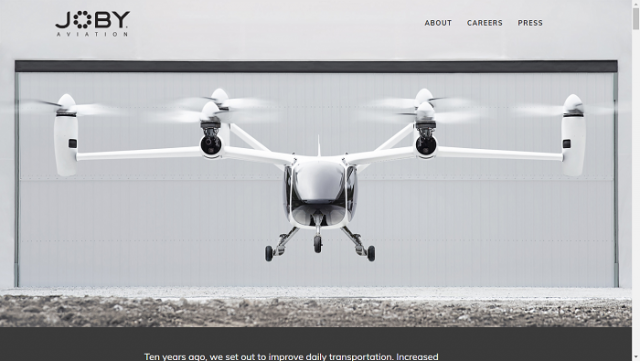 Now that both companies are working together, with Toyota investing $400 million into it, it is said that they will develop “fast, quiet and affordable air transportation services.”

The president of Toyota is Akio Toyoda. Mr. Toyoda promised that Toyota would change “from car manufacturer to a mobility company.” He continued to explain about the partnership between his company and Joby Aviation, emphasizing the “expertise in manufacturing, quality and cost controls for the development and production.” Further, the company stated that “[a]ir transportation has been a long-term goal for Toyota, and while we continue our work in the automobile business, this agreement sets our sights to the sky” when they announced the investment of the prodigious sum into the startup. “Through this new and exciting endeavour, we hope to deliver freedom of movement and enjoyment to customers everywhere, on land, and now, in the sky.”

Joby Aviation is an American startup company, founded in 2009. Its goal in manufacturing flying cars is to provide vehicles to commercial pilots who can fly customers around, just like a taxi. They are not necessarily targeting the ordinary consumer.

One Toyota executive vice president, named Shigeki Tomoyama, is joining Joby Aviation’s board. He stated that this is so he can play an “active role in setting strategic direction.”

Anyone who has been reading the news lately has no doubt read about the rise of Uber, a ride-sharing company. Recently, Uber has made headlines because not only drivers of cars, but even helicopter pilots are now providing services through it. It has partnered with Joby Aviation as well so that together they can provide an “urban air taxi service.”

In this latest round of investment, in which Toyota has infused Joby Aviation with $400 million, it is important to remember that this is not the first time Toyota has invested in a flying car company. Previously, it invested in SkyDrive. SkyDrive’s mission was to create the world’s smallest flying car.

Toyota often invests in smaller companies with an innovative edge, and sometimes, it creates its own innovations. For example, earlier this month, at the Las Vegas Consumer Electronic Show, it announced it will create a “woven city” at the base of Mt. Fuji. This city will be powered by hydrogen fuel cells, have autonomous vehicles, and smart homes.

Vacancy Rates In The Five Central Wards Of Tokyo Now In The 0.5% Range