The ruling coalition, composed of the Liberal Democratic Party and the Komeito, officially decided tax reform guidelines for 2020, on Thursday afternoon. The government will create a preferential tax regime for large companies investing in startups for business innovation. The small investment tax exemption system (called “NISA,” which was implemented in 2012) will be replaced by a new system, and NISA will continue to be funded. The government will emphasize tax cuts so that companies and individuals can invest money and raise Japan’s growth potential.

The Liberal Democratic Party’s general tax reform rules for 2020 have been officially decided, and the LDP’s Tax Chairman Amari (right) and the Komeito’s Tax Chairman Nishida (right) will hold a press conference. 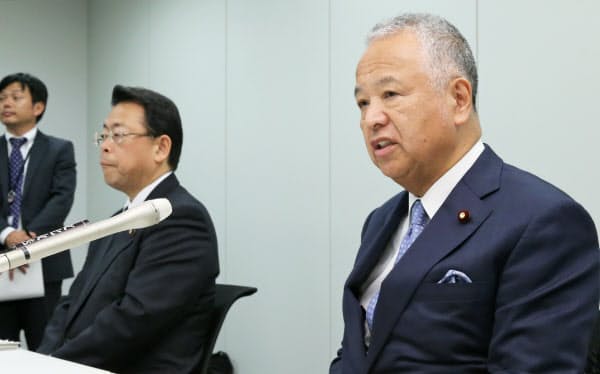 The charter included the Japanese government’s active involvement in reviewing international tax rules, which are being discussed by the Organization for Economic Co-operation and Development (OECD). “Issues related to the national infrastructure.” “There is no tax system in the digital economy,” Amari said.

If a large company invests 100 million yen or more in a private company less than 10 years old, it will be part of an “open tax system that promotes innovation” and the tax burden on it will be reduced by deducting 25% of the investment from the amount of taxable income. It is targeted at investments by domestic operating companies.

The government and the ruling party will encourage large companies to enter into new businesses in collaboration with startups that have technologies and business models that the large companies do not have.

In light of the fierce U.S.-China battle for hegemony in the high-tech field, a tax system that incorporates economic security will be established. It will create a “tax system that promotes the introduction of 5G” to promote the development of a highly secure communication network with the next-generation communication standard “5G.”

There will be a 15% tax credit on 5G base station investment for government-approved businesses. A special deduction of 30%, which reduces the tax burden by increasing the amount of deductions for assets, will be chosen.

There will be tighter tax breaks for businesses that are reluctant to invest capital despite growing profits. Currently, tax incentives will not be available if capital investment is less than 10% of depreciation due to research and development efforts. The government will raise this standard to 30% or less to encourage active investment by companies.

It will also take tax measures to encourage private investment. NISA (created in 2012), will be renewed to “New NISA,” with the operating profit exempted from taxation for five years, up to 1.2 million yen per year.

The government will take more measures regarding taxation. It will apply existing widow (or widower) deductions to unmarried single parents in addition to those who divorced or were bereaved from their spouses. The widow deduction establishes an income limit for women of not more than 6.78 million yen per year if they are to receive the tax breaks.