Spit belongs in your mouth, not on items that are going to be touched by others, according to one taxi corporation.

Sanwa Kotsu has a Twitter account, and recently, on that Twitter account, it shared a memo that it distributed to its employees. Sanwa Kotsu, after all, wants to maintain and improve excellent customer service and keep its image as a respectable taxi company. 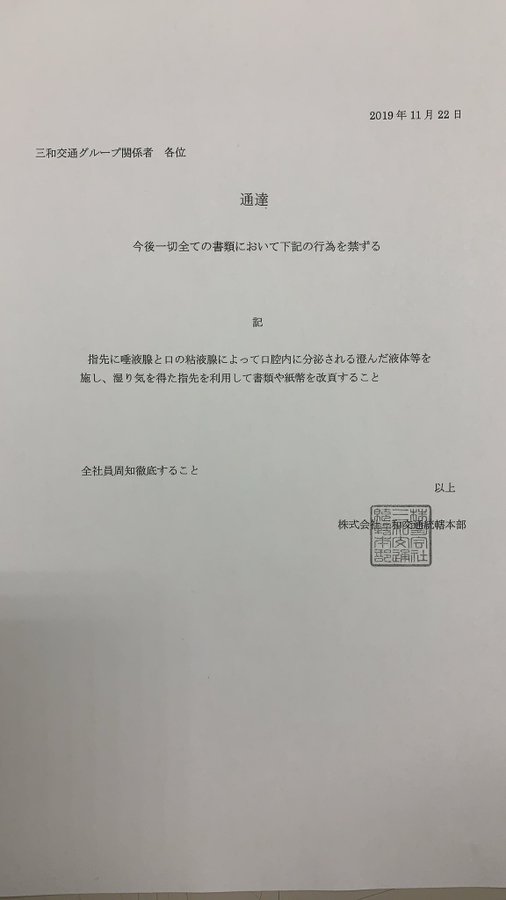 “To: Everyone related to the Sanwa Kotsu company”

“Notification:
From this point forward, the following actions are prohibited when handling any documents or papers:

This policy is to be thoroughly communicated to all employees.

This is not in response to any customer complaints. The company was just being proactive. However, numerous netizens have already thanked them:
“And the library too.”
“I wish my company would put out a notice like this.”
“Such an elegant way of phrasing the new rule.”
“There seriously are some taxi drivers who slobber all over their fingers before they give you your change. I haven’t encountered any Sanwa drivers who do that though.”

Sanwa also has a taxi cab archery campaign. Presumably the no-saliva rule will apply to the crossbows it gives its customers, as well.