In Chichibu, there’s a museum called the “Chinsekikan” (珍石館).
珍 (chin)=Rare
石 (seki)=Rock
館 (kan)=Hall
They have over 1,700 rocks. Many (though not all) of them resemble human faces, for example, Elvis Presley. Take a look at the following picture (from mapple.net) at the third one on the second row: 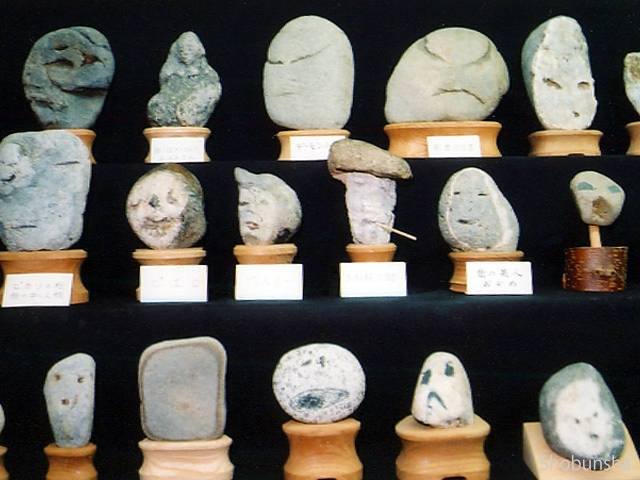 Some Western news sources claim that the museum only has rocks that resemble human faces. That’s actually not true, although many of them do. For example, one rock resembles STAP cells.

The Japanese word for “a rock that resembles a human face” (yes, seriously, they have a word for that) is “jinmenseki” (人面石).

The museum started as the collection of Shozo Hayama, who is unfortunately now deceased. He collected strange rocks for over 50 years. Now, his wife, Yoshiko Hayama, curates the museum.

Some rocks don’t have names, yet. On odd days, Ms. Hayama invites people to name the rocks that haven’t been named, yet.

If you plan to visit the Chinsekikan, you should call beforehand. Chinsekikan is closed on Tuesdays; it’s open on all other days of the week.

Will Mt. Fuji Still Be Free-To-Climb?

A Good Time To Buy Japanese Real Estate? Dollar/Yen Exchange Rate, 112 Yen To The Dollar In No Time! "Yen Depreciation" Goes On And On