Japanese TV is often sensationalist. Unlike TV in the UK or US which would quickly ‘go viral’ for all the wrong reasons, Japanese TV is shielded from global scrutiny by virtue of the fact that the Japanese language is only used in Japan.

Yesterday I saw a news segment focusing on Kyoto. The subject was the effect that the hordes of selfie-stick carrying foreign tourists are having on the local, Kyoto-born residents and how their quality of life is being compromised.  The piece moved on to showcase hostels and short-term housing that were owned and run by Chinese people. The tone was comparable to the anti-communism propaganda of 1920’s America. Our streets are bought by foreign people and they are used for the benefit of tourists to make money for their foreign owners – at the expense of us!

As everyone will likely agree- you cannot often have your cake and eat it too. If Japan wants to enjoy the spoils of tourism and the increase to GDP that it brings, it must also learn to share its toys- Kyoto or otherwise. Where the conversation starts to diverge however, is where it comes to foreign ownership (outright, full, – ‘freehold‘ ownership of real estate). There is an overwhelming number of hotel or short-stay real estate businesses that are owned and run by foreign people in Japan and many of them enjoy great success. The business, although competitive, is still lucrative and many continue to monitor the space for opportunities. These commercial activities could potentially spoil the party for small time investors and foreign people who simply wish to own a home. If Japan and its people continue to view this competition as unfair, then just how long will it be before Japan changes its rules about unobstructed foreign ownership of real estate? The uncharacteristic lack of restrictions on foreign ownership are looking more and more out of place everyday against a backdrop of frenzied acquisition by rich foreign investors, and a Japanese population who seem upset that they didn’t realise how good an investment real estate in their country is until it was too late. 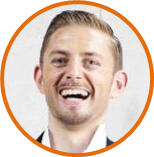 Editors Note: Martin King is a UK-born, long-term Japan resident Financial Adviser who works with investors from all over the world to help protect and grow their wealth.