Often, Japanese wooden houses make news headlines, even in the Western press, for being short-lived; it’s claimed that the lifespan of a Japanese house is about 30 years. The Japanese government considers a wooden house “fully depreciated” after only 22 years (though that’s well-known as an underestimate). However, this is probably because most Japanese homeowners don’t perform the necessary maintenance, repairs, and renovations. According to the Faculty of Engineering at Waseda University, the average Japanese wooden home should last 64 years if the owner takes proper care of it, which is really pretty similar to 66 years, the average life expectancy of a home in the US. That’s for modern homes, but older kominka (古民家) homes (e.g. farmhouses) can last hundreds of years. You can read more information about how long Japanese buildings last here. Kiyomizudera Temple, the world’s oldest building, is over 1,200 years old and still in good condition! However, what if it were possible for a Japanese wooden home to last longer than that? How about…7,000 years?

Well, in the Czech Republic, in Eastern Europe, with similar conditions, including a similar temperate climate to Japan (oceanic temperate climate), they just made an amazing discovery… They found a wooden structure that is approximately 7,200 years old!

Construction workers were building the D35 motorway near Ostrov, in the Czech Republic, and they found a wooden well, for water, that dates back to the 5200s B.C.! This was the Neolithic Period (the late Stone Age, when humans still used stone tools and generally didn’t have written language, but had begun to farm, and build permanent villages, towns, and cities). The well is the oldest intact wooden structure ever discovered. 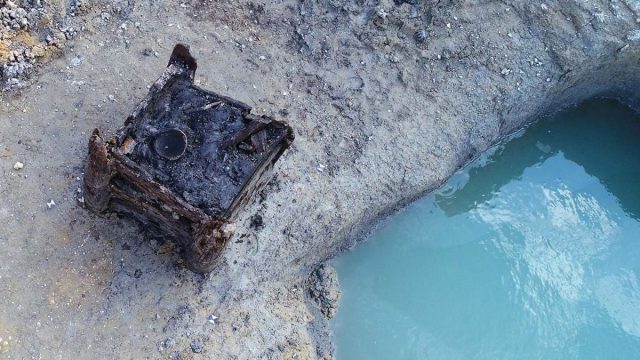 ↑The 7,200+-Year-Old Well Discovered In What Is Now The Czech Republic (from CNN)

It was built from oak, a hardwood, probably by farmers. Scientists were able to date the wood (using the science of tree rings, or “dendrochronology”) to the 5200s B.C., and found that different parts of the well dated back to different times, implying that part of the well re-used some earlier timber, and part of the well was probably a repair made later. Some of the wood dated back to 5256 B.C., while other pieces dated to 5259 B.C. or 5258 B.C. This is the third well from the early Neolithic Period found in the Czech Republic over the past four years.

The well is 140 centimeters tall, and 80×80 centimeters wide. In ancient times, farmers used tools of stone, bone, horn, or wood to work the wood. The researchers were very impressed with the level of precision and skill.

The scientists, who included Karol Bayer at the University of Pardubice Department of Restoration, and Michal Rybníček at the Department of Wood Science at Mendel University, released an article in the Journal of Archaeological Science. They also held a press conference. They stated:

“It is interesting that the corner posts were made of previously felled trunks, namely from the trunk which had been cut in the autumn or winter 5259 B.C. or the winter of early 5258 B.C.”

“The design consists of grooved corner posts with inserted planks. This type of construction reveals advanced technical know-how and, till now, is the only known type from this region and time period.”

“The shape of the individual structural elements and tool marks preserved on their surface confirm sophisticated carpentry skills.”

“The well was only preserved because it had been underwater for centuries. Now we cannot let it dry out, or the well would be destroyed.”

So…how long could your Japanese wooden home theoretically last? Well, maybe if you bury it and immerse it in water, 7,000+ years! Oh, and one more thing…if you want to come back and live there in the year 9,000 A.D. or so, you’ll need to dry it out…and use sugar to reinforce the cellular structure of the wet wood, which is what the Czech researchers are doing with the well they’re excavating, so it won’t be destroyed when it dries up! Of course, the ancient Neolithic people of what is now the Czech Republic didn’t have treated wood like we do today. Who knows. Maybe archaeologists in the year 10,000 or 11,000 A.D. will unearth your house!

What might be lurking beneath your home? Could there be an ancient well down there? People are constantly making discoveries in Japan in innocuous places. One metal detector enthusiast found a ryō gold coin in Okinawa; one English teacher in Fukushima found a Jōmon (Japan’s Paleolithic and perhaps early Neolithic) Period arrowhead on a baseball field. 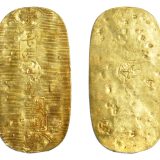 What will you find on your Japanese property? A well? A Jōmon Period stash of acorns? Or perhaps even writings in the ancient Jindai Moji (神大文字) script? Who knows?! 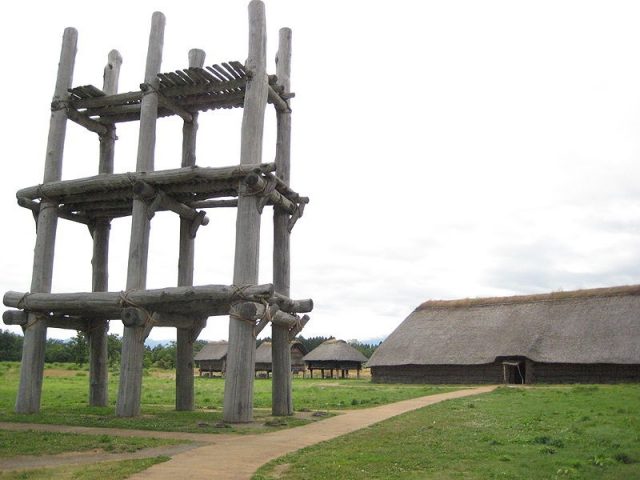 Of Course Tokyo Continued To Grow, But By How Much, And Which Other Prefectures Grew?

85 Toilets Have Been Smashed In Hikarigaoka Park, And Now, The Government Is Fighting Back!